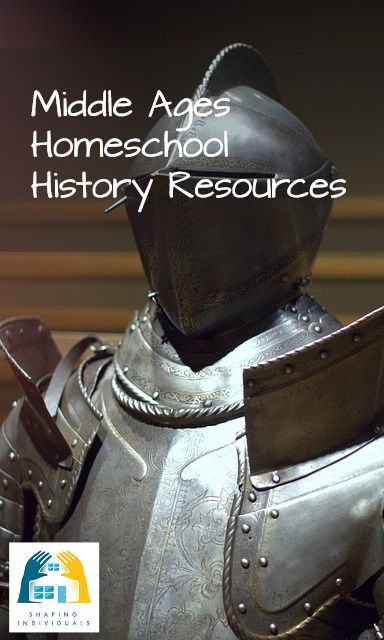 The Medieval Time Period is exciting to begin and very difficult to end! Keep reading about the exciting resources below and you will know why.

Every time we have spent time in the middle ages, we have enjoyed it immensely and found it so hard to exit, just because there is so much to study and it is so exciting!

This page is the overview page on ways to study the medieval time period or middle ages. It covers:

I have also included Teacher Resource Books and Primary Sources for the medieval time period at the end of this page.

How to Begin your Homeschool history study.

There are a few ways forward when studying the Middle Ages. You can either select a homeschool history curriculum which will guide you through the time period, and organize many of the books you will see on this page into an order to read and discuss.  Some possibilities are Tapestry of Grace, TruthQuest and Story of the World Homeschool History Curriculum and they are all discussed on the Medieval Curriculum Page.

Tapestry of Grace Year 2, TruthQuest History will give you book suggestions which you can read according to their week by week schedule or when presented. However, don't think that these homeschool history curriculums are just booklists. Explore both of them more on the links below to find out exactly how they are organized and how they may benefit your family.

Story of the World Curriculum and Diana Waring's "Romans, Reformers, Revolutionaries" includes its own story book written as a spine. (Both available as CDs also). You can also purchase CDs, Activity Books, and Test books. These also include suggestions to enhance the complete study of the time period such as further literature reading, project ideas, art ideas and more.

Alternatively, you can choose a history spinebook as a base for your studies and then add in books to read aloud and books which your children can read to themselves. You do not need all the history spinebooks I have listed here.

Just choose one depending on the age of your children.

Famous Men of the Middle Ages Text Plus Notebooking Pages

As I was studying the medieval time period in our homeschool,  I created an e-book of the Famous Men of the Middle Ages - the text written by John H. Haaren and A.B. Poland and created corresponding notebooking pages of each of the characters. Find out more about this E-Book at the History Notebooking page. 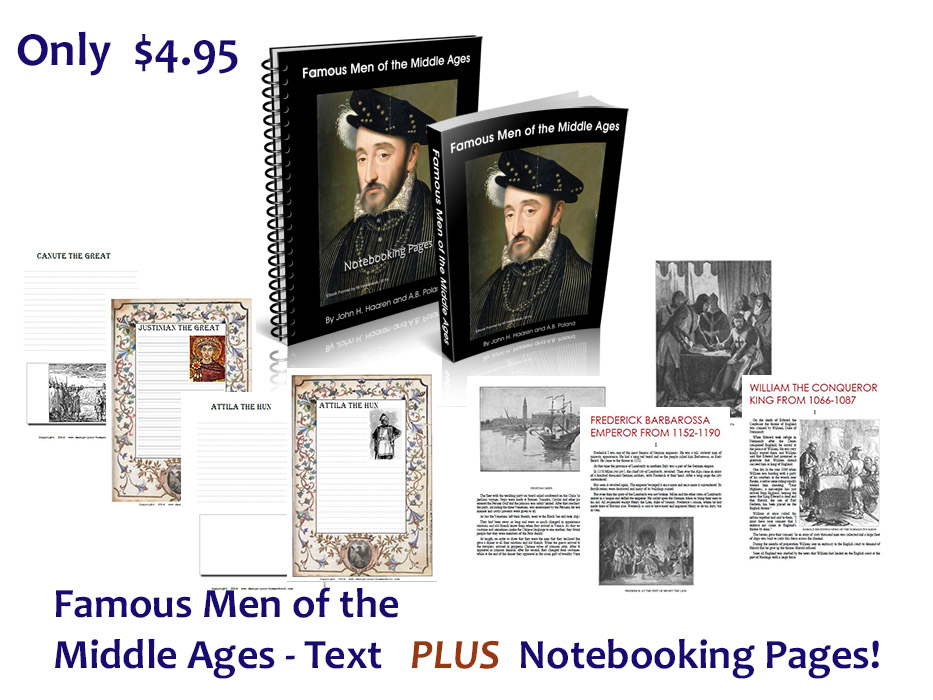 For older students, they may use Streams of Civilization Volume 1 (Creation - 1620) and add some of the historical primary sources from Augustine (post Roman) to the Middle ages such as Bede, and Asser (Alfred the Great), (see these resources at the bottom of this page) when they are referred to in their spine. You can easily create your own middle ages study in this way.

Another excellent resource which could be used as a spine for older teens (or as a read aloud) - is the narrative, The Birth of Europe (or the first book, Blood of Martyrs) by Leigh Churchill. As you read about the characters in the history of the Christian church such as Jerome, Augustine, Justinian, Charles Martel, Charlemagne you can stop, research, discuss, add to a timeline, map and write. Another excellent alternative to studying this time period.

Use a history spine (appropriate to the age), add some art ideas, draw a timeline, create a research project of their choosing, play or create a medieval game, dress up, have a medieval feast, narrate and create a history book, and spend some time 'living' out the middle ages in your home.

Would you like to make your study around G.A.Henty books? Here are the Henty books in the Medieval time period:

After a Henty Book has been read, your older child can write a context page on the time period, the characters from that time and place the book in its historical setting. Use this free history blank notebook page.

Here you will find reference books such as cultural atlases, and encylopedias which are handy to refer to during the study.

Further on the page, you will find Historical Primary Sources such as Bede and Alfred the Great.

Firstly, I always suggest a cultural atlas to help you gain an overview of the time period. The Penguin Atlas is a great one with clear maps and details.

Other teacher resource books which I have suggested previously for other time periods are:

Primary Sources for the Middle Ages

How to use Primary Sources in Homeschool History Studies? 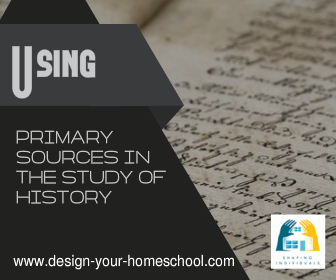 Using Ancient History from the Primary Sources by Harvey Bluedorn will help you to find the primary sources you would like to study for the time period.

Ecclesiastical History of the English People

Written in AD 731, Bede's Ecclesiastical History of the English People is the first account of Anglo-Saxon England ever written, and remains our single most valuable source for this period. It begins with Julius Caesar's invasion in the first century BC and goes on to tell of the kings and bishops, monks and nuns who helped to develop government and convert the people to Christianity during these crucial formative years. Relating the deeds of great men and women but also describing landscape, customs and ordinary lives, this is a rich, vivid portrait of an emerging church and nation by the 'Father of English History'.

Alfred the Great By Translated with an Introduction by Simon Keynes & M. Lapidge

The reign of King Alfred the Great (871-99) is among the most stirring periods of English history. As king of Wessex, he strove to emulate those kings of the past who, in his own words, had 'succeeded both in warfare and in wisdom.' He led the battle against the Viking invaders of England, and presided over the revival of religion and learning among his people: his reputation is a measure of his success. Asser was a monk of St. David's, in Ales, who entered King Alfred's service and eventually became Bishop of Sherborne. His Life of King Alfred, written in 893, is a remarkable account of the king's activities in peace and war, and testifies to the admiration that Alfred inspired in those around him.

The box below will help you to navigate and create your own homeschool history curriculum on the Medieval/ Middle Ages.

Pages to help you create your Homeschool History Medieval Study