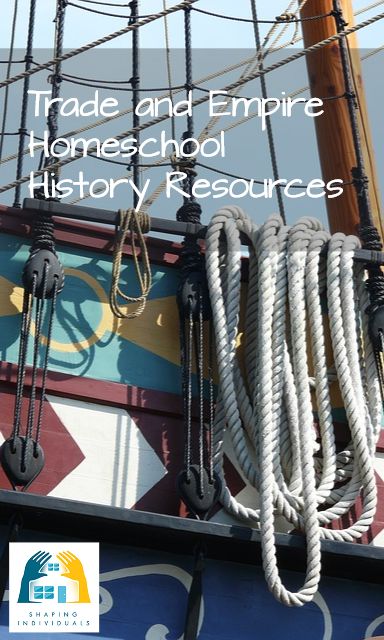 Using Living books as a basis for a homeschool history curriculum is not only a simple approach, but also an extremely effective way to develop a love of learning, an understanding of the historical time period and knowledge of different cultures. (and a great way to build a life-long library)

This page has my BEST OF....  lists of my favourite living books history books the Trade and Empire time period. More selections of books such as reference books, teacher's books, history spinebooks for the 1600's can be found at the Homeschool History Curriculum - Trade and Empire page. You do not need to read all these books - choose ones that interest you and appeal to the age of your family.

I have added numerous resources on  explorers (1400-1600) on the Renaissance and Reformation History Living Books BEST OF... Page.

Some top books for the early colonies in America:

Don't forget you will find many of the history resources you need for Native American Indians at your library. (Dewey Decimal #970)

Thirty years War (1618-1648) was fought primarily in what is now Germany, and at various points involved most countries in Europe. We have enjoyed reading both of the G.A. Henty books listed here. They are available as public domain books, in a Kindle version, and also an abridged version. ( I haven't listened to the abridged version but I do love Jim Weiss' readings)

Puritan Revolution / English Civil War 1642 ; We have not read all of these books, but especially recommend all Henty books as well as those by Captain Marryat.

You will find many great resources on trade at this time in your library.  Create your own homeschool history unit study here.

Some topics to explore:

Other books and tales set in this time period are:

Great Writers of this time period include - John Bunyan, John Milton, John Locke - some difficult authors here, but important for older students to be familiar with these authors and read some of their works.

We have loved G.A.Henty Books for all the time periods.

Who is G.A.Henty? If you have boys (and even if you don't) you MUST read this!